In the last 24 hours, several of Cuomo’s confidants have mentioned — to both elected Democratic officials and party insiders — that Cuomo could run for attorney general in 2022. Current AG Letitia James has announced her candidacy for governor, leaving the role of AG wide open, these people contend.

“People in Cuomo’s orbit are tossing it out there,” a person with direct knowledge told The Post. “They’re floating it … and gauging people’s reactions.”

Andrew the minor Cuomo a Legacy Politician. A Creature that was never supposed to exist in America a “Career Politician”. The Cuomo’s, Kennedy’s, Bush’s, are the worst of this breed of self appointed aristocracy because it’s become a “family business”. They however are not alone Biden has “served” for 50yrs, and there are several others who have “served” well over 20 years in government. We have allowed those of the lowest moral fiber to create a closed loop where only they or those connected to them can run for office and sit in seats of power.

These people have no accomplishments, just the opposite. They have multiple catastrophic failures. In Cuomo’s case his cost thousands of lives of senior citizens. Yet even after using his decades of sexual harassments to remove him from office specifically to crush the investigation into his infecting 10s of thousands of Senior Citizens with Covid causing their deaths by political decision, this clown has the Hubris to think of running for the Position of Top Cop of NY.

The Parties have made it impossible to get on the Ballot for office except through them. Both parties make sure ONLY the people they choose can run, and if you try to do it against them they simply outspend you and wash you out. This has led to creatures like Mitch McConnell, Nancy Pelosi, and dozens of others holding their seats for Life like Royalty.

No One should be allowed to serve a CUMULATIVE total of more than 12yrs. That is two Senate Terms which other than the President is supposed to be the highest office in the land. A House of Representatives Term is 2 years, yet we have people that have been there for well over 20yrs. Who do they Represent? Not the people of their District that’s for sure.

A President is Term Limited to 8 years. All ELECTED offices Local, State, and Federal need to be Term Limited TOGETHER & CUMULATIVLY to a total of no more than 12years.

To “Serve” in office was designed to be an Honor of Giving Back to your community. Offices are meant to be held by Men and Women of Accomplishment who actually have earned the respect of their peers in the Citizenry to represent them. That is long dead.

The fight for Term Limits is one that needs to be had, yet I highly doubt it will ever occur.

When you see someone whose incompetence Killed 10s of thousands of our most vulnerable citizens, who was pushed from office for sexual aggression an still believe he could run for elected office, let alone Top Cop of NY….. you have to admit there is something very wrong with the system. 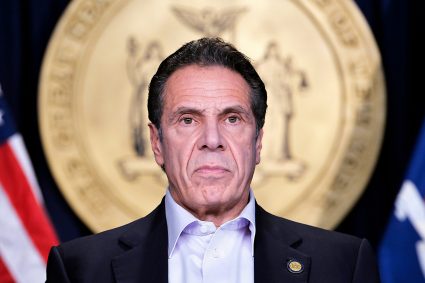 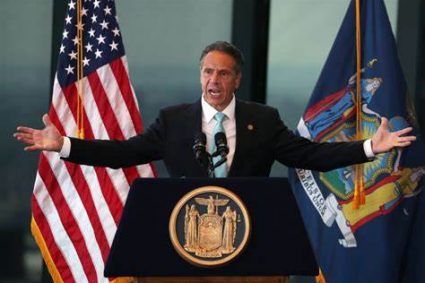