At long last, the UK’s idiotic presence in Afghanistan is coming to an end. Combat operations ended this weekend, the Union Flag has been lowered at Camp Bastion and control given to Afghan forces. All UK military personel will be out of the country in weeks. 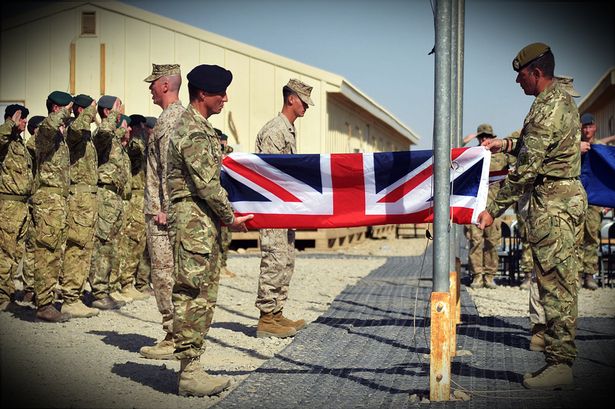 That’s the curtain drawn on 13 years of folly, which began with then Defence Secretary John Reid  hoping that the British mission would go off “without a shot being fired.”

Since then 453 British personel have been killed, thousands have been maimed, wounded and damaged mentally and emotionally, and a vast amount of treasure squandered. The death toll will rise much higher with all the suicides to come.

The politicians will pretend there have been gains and it will all be lies. Nothing has been achieved in Afghanistan, not one tangible benefit can be recognised. Five minutes after all coalition forces are gone the Afghan army will crumble like the expensively trained and equipped Iraqi army has crumbled, and Afghanistan will be right back where it was.

I sincerely wish the very worst on all the criminals and fantasists who caused it.

23 thoughts on “A CALAMITOUS, CRIMINAL WASTE”