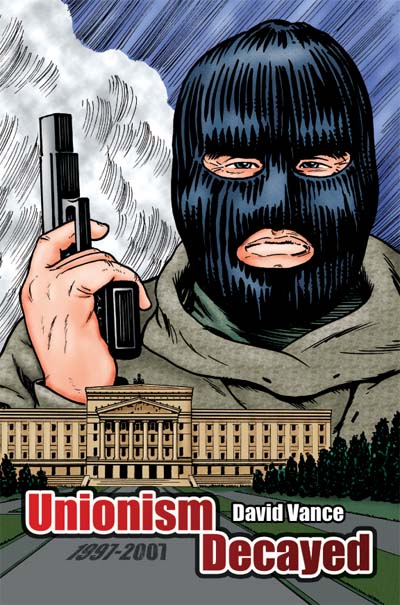 Well, advertising for "Unionism Decayed 1997 -2007" that is! I hope you picked up on the fact that this, my first book, is now for sale and could be winging its way towards you if you simply email me at the editor’s address!

This is the first book which unambiguously dissents from the Northern Ireland peace process. It provides context for the more global war on terrorism and is a warning against ever replicating this vile corruption and appeasement.

33 thoughts on “A COMMERCIAL BREAK!”