The Coming Spring and Summer of Middle East Violence

and so the story changes, not that the MSM will say anything about it 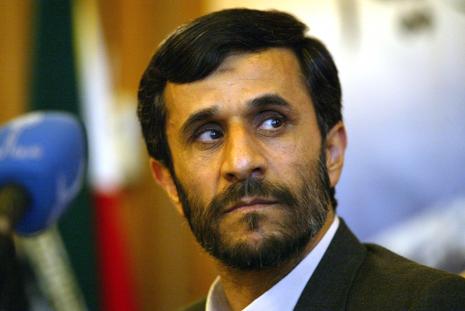 Did you read the breaking news that Iran had released another letter by captured British sailor Faye Turney, this time calling for the withdrawal of troops from Iraq? Boy, has she been busy writing ever since she got kidnapped. This is another contrived insult, a further humiliation of Ms Turney and of the impotent British Government. Margaret a Beckett has "grave concerns" about it – bet that will have Ahmadinejad a trembling.

I’ve been following the debate on ATW and more broadly across the web. What do we do? Just let Iran play these games and mutter further platitudes about being ever so concerned? The UN and EU won’t do anything, anytime fast. Whilst it would be helpful if the UN did produce a strong-hitting condemnation, it won’t happen because too many of its membership DELIGHT in what is now happening! Half the UN supports Iran.

Folks, we’re going to have to go to war with Ahmadinejad. All the rest is just bluster. Whether we do it now, in three months, in 3 years, it’s going to happen. This regime is the CENTRE of the axis-of-evil. It is the source of instability in the region. It is the chief funder of terrorism. It sees itself as having an apocalyptic vision, destroying Israel and better still the Great Satan, the USA. All the diplomatic nonsense being talked about will achieve nothing. Iran is an evil manic regime, and its leadership needs decapitated.  Now.

19 thoughts on “A LETTER FROM TEHRAN….GET OUT OF IRAQ!”