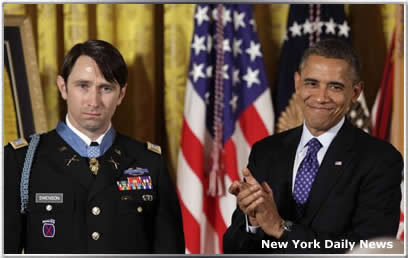 A memento of the occasion when awarded the Nation’s highest honour, from a Commander-in-Chief to the recipient?

Or was it, as the photo shows, a memory of something very, very different?

9 thoughts on “a picture…better than a thousand words?”