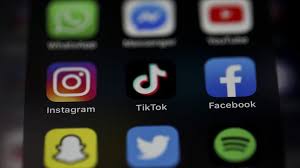 A video is viral in the internet world, of one of the most powerful people in the world – the next CEO of Twitter. Just think how much power Donald Trump had via his tens of millions of his dedicated followers on Twitter.

Well, Twitter showed the whole world who really has the power when they pulled the plug on the then President of the United States. Actually, in today’s unique situation, the heads of Facebook, Twitter, and Google wield so much power over the minds of the masses that they actually have the ability to dictate narratives and make sure that they are properly promoted.

The world is getting addicted to the social media and this addiction has become evil and sometimes the hubby comes to know about the affair of his soon to be his ex-wife through Facebook status and online bullying and social ostracisation has become a serious trend among school going kids.

The backlash will come – and come in a big way soon. But it will not happen quickly. First, there will be a slew of competitors to Twitter and Facebook, as the demand for an alternative grows every day. Then, one or two will emerge as the main competitor as India develops its own Twitter called Koo. And then, just as Fox News became more dominant than the CNN, the competitor will gradually become more powerful than Facebook and Twitter itself.

That does not mean that there will be more videos or more variety on the competitor. But the competitor will be the comfort zone of more people, and will therefore become the home for more and more people to feel comfortable finding the information they care about most. During the period of China Virus, when people were at home, the atmosphere was totally controlled by the pharma giants, who saw this era to make the moolahs. The joke was after 10 vaccine booster jab, the pharma company will gift a free toaster! People used more social media, which means more advertisement and thereby more profit for the companies.

Today, Twitter and Facebook don’t really have any competitors. That will change as too many people will rebel against the attempt to cancel the ideas that they hold dear to their dear heart. European Union has strongly, especially, Germany has spoken in various forum especially G7 Summits to ask for minimum 15% advertisement tax. Both of them do not allow the user to leave their platform and newspapers are forcing these behemoths to share with newspapers their news readership revenue with them. The cancel culture must be fought until there is a viable alternative for those with “different” ideas to express them and be heard.

My internal feeling is some likeminded people may already been working for alternate Twitter and alternate Instagram and alternate Facebook, but the applications will require their own hosting platforms such that Google does not threaten smaller server farms to dehost them! This has already happened before!