the ‘hall of shame’ 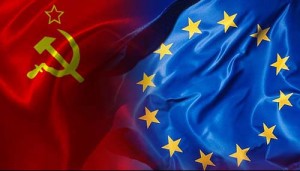 To the residents of the Islands formerly known as Great Britain and Northern Ireland; We send you Greetings.

As is well-known, we in the Supreme Government have your best interests at heart all the time, and anything we may promulgate, announce or order is for Your Own Good, and we don’t like it very much when people start sniping at us, or calling us ‘Nannies’.

We therefore have decided to bring a large list together, at the one place and at the one time, in order that the population may be ‘educated’ as to the realities of life in the newly re-named Offshore European Islands.

The following items may, will, should, can, probably or might kill you; or reduce your life expectancy from the longevity which you may have come to expect from all the propaganda previously published by the traitorous but compliant Labour, Conservative and Lib-Dem Parties formerly in Government.

Red meat, white meat, sausages, pork and ham, fish, game birds, corn, wheat products such as bread, all vegetables except lentils; alcohol, wine,  beer, all sorts of booze, cigarettes, tap water, not enough exercise, too much exercise, sex inside or outside of marriage with anyone at all; anything not included in this list but thought about later on.

We don’t want to ban anything or everything, mainly because we know that ordinary people will immediately commence using the item in question out of sheer cussedness, and partly because we gather huge amounts of tax from things like cigarettes, booze, processed food, water; but we feel that you ought to know what is good for you.

4 thoughts on “An Announcement.”