The jet fighter-bomber pictured is but one part of the only Institution which guarantees the slogan ‘Never Again’. The Israeli Armed Forces are  the means which states that the published aim of Iran, Hamas, Hezbollah and all the other hate-filled outfits so beloved of such crawling cancers such as the BBC, the Guardian, along with just about all their festering stable-mates in the Mainstream Media; which of course is the total annihilation of Jews and their homeland, the State of Israel, will never happen.

We will no doubt read of the praise and flowery statements surrounding the faint movements towards freedom in Burma, not so much of the Islamic clamp-down in Libya, possibly a few lines about the theft of democracy in Egypt, and even about the ‘Reforms’ so proudly spoken of by John Yates on the blood-stained streets of Bahrain. We won’t see or hear of many birthday wishes for the only Democracy in the whole if the Middle-East; and I just wonder why that will be? 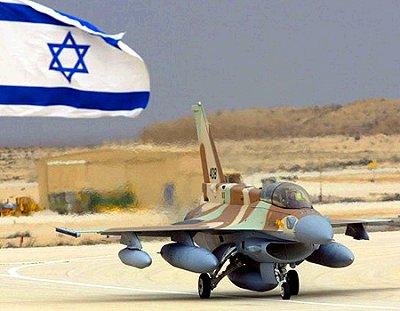 23 thoughts on “And a Happy Birthday, Israel”