I note that our fellow contributor Mahons delivered a eulogy to the life of freedom in the America he sees today. If that is what he sees, and believes, good luck to him!

However, just beneath the surface, there are roiling tensions from the huge and ever-widening gap between Black and White Americans today.

As many know I hold sporting endeavours with supreme disinterest; but I also accept that I am in a minority, both here in England, as well as in America. To the vast majority of Americans and their British cousins, sport remains the ultimate dream; to win, to compete, to endure, to admire, to envy and to follow. As I wrote, it all just leaves me stone cold, but; if that is what turns their wheels, why not?

So I just wonder what our good and true friend Mahons thought about the Baseball game played on April 29th to an entirely empty stadium. Empty because the game between the Baltimore Orioles and the Chicago White Sox was scheduled at the same time as the Black-run City of Baltimore’s Administration and Police stated that they could not guarantee the safety of the fans.

That’s right, my friends.  Baltimore is going to pay tribute to gangs and community organizers and freelance thugs today.  The Baltimore Orioles will play at Camden Yards without fans because it’s too dangerous.  You know how much economic impact a baseball game, a baseball season has in Baltimore that’s being shut down today?  It’s incredible, the economic impact of a home game for the Baltimore Orioles, and it’s just gonna be wiped out.
Because they don’t have the courage to let fans in, because they don’t think they can control the riffraff.  This is unprecedented.  According to John Thorn, the official historian for Major League Baseball, this will be a first.  There has never been a game played before an empty stadium. The previous low record for attendance happened on September 28, 1882, for a game in Worcester, Massachusetts.  The lowest attended game was then, and 1882 is back in the days of the founding of the game. 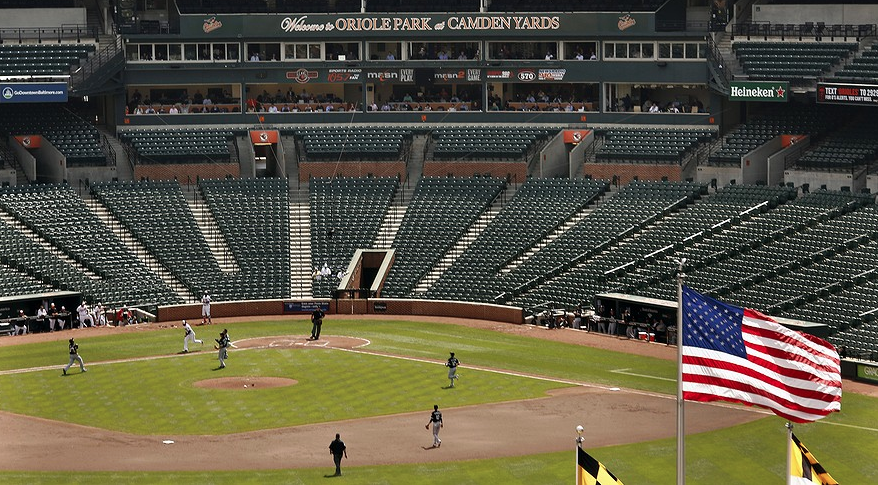 Rush only got one thing wrong. The stadium had to close the gates, because the Police had been withdrawn, and the Mayor had virtually handed the entire City over to the Black hoodlums!

33 thoughts on “and they will come; except in Baltimore”