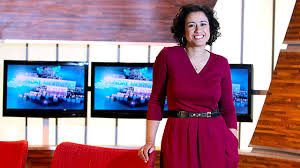 I’ll be on BBC1 TV tomorrow morning – on Sunday Morning Live (presented by Samira Ahmed)- debating the issue highlighted above. I always like to think through my arguments in advance so here is as good a place as any!

In the first instance, I prefer to call them gypsies, not Roma. I know the politically correct use Roma but the fact is that they are gypsies and they are quite happy to refer to themselves as gypsies when it suits (See under my Big Fat Gypsy Wedding…)

Secondly, I don’t they they ARE unfairly stigmatised. I DO think that some of them stigmatise their own community though and I would point out three simple but nonetheless appalling examples of it.

1. In the past week, there have been several stories in the media concerning alleged child abductions involving gypsy families. A few (in Ireland as covered in these pages) have been proven false alarms but this one hasn’t.

Maria has been placed in temporary care since last week after authorities raided a Roma settlement in central Greece and later discovered that girl was not the child of a Greek Roma couple she was living with. The couple has been arrested, and who have been charged for allegedly abducting Maria and document fraud.

The BBC no less reports that…

Criminal organisations bring hundreds of children from the Balkans to Greece, where they are subjected to forced labour, sex-trafficking or sold to couples, in Greece or abroad, in illegal adoption schemes. “There are currently 3,000 children transited through Greece by child-trafficking rings. The children originate mainly from Bulgaria, Romania and other Balkan countries,” says Lambros Kanellopoulos, the president of the UN children’s agency Unicef in Greece. Mr Kanellopoulos says traffickers often use Roma communities

2. Human slavery.  Some gypsy families in the UK have been shown to have engaged in modern day slavery.

In south Wales. three more suspects were arrested today in a dawn raid aimed at smashing a shocking human slavery ring run at a gypsy and traveller site. Six men aged 66, 42, 36 53, 38 and 20, and a 42-year-old women are all being questioned in relation to the ring that has rocked the Newport and Cardiff area.

In England , An ex jailbird yesterday revealed he was sold as a £10,000 slave by travellers who traded people “like cars”. Andy Williamson claims he was recruited as a slave after leaving prison – homeless and vulnerable – with the offer of a bed, food and cigarettes. He ended up working for gypsy families for five years, being traded like a possession, and threatened with beatings. Andy spoke out after reports that emaciated slaves had been found in filthy conditions on a caravan site five days ago.

3. When we see the likes of the Dale Farm incident, where Irish travellers caused much grief to an English council costing the rate payer MILLIONS through the illegal occupation of a site, we see a total lack of respect for the property rights of land owners.

I rather agree with Harry Phibbs when he states..

It is not racist to state that gypsy camps frequently cause an increase in crime and mess. It is a statement of fact. This is not to say that all gypsies are the same – there appears to be an elaborate calibrated class structure with Romany gypsies looking down on Irish Tinkers who in turn have little time for New Age travellers. Nor do I suggest that all gypsies are criminal or that none of them work for a living.

There is an old fashioned romance to gypsies which can still exist in reality sometimes. There are still brightly coloured gypsy wagons drawn by ponies. Their occupants are similarly brightly dressed, sometimes with the big silver earrings and ancient pots and pans, who undertake honest temporary work for local farmers.

But there are many other gypsies who are a complete menace to those in proximity to them. Rather than insulting those who warn of the problems, the Government and local authorities should start addressing their concerns.

That’s the bottom line. It is wrong to stigmatise an entire community because of the actions of a minority but to be frank if anyone is guilty of stigmatising gypsies it is the child trafficking, human slavery engaging criminal element to this community and if you are at the receiving end I dare say that feeling disgruntled would be very understandable.

Final question – who would like to have gypsies move in as their neighbours?

Anyway, for those who can, tune in to BBC1 Sunday Morning live tomorrow to watch the debate!

30 thoughts on “ARE THE ROMA PEOPLE UNFAIRLY STIGMATISED?”