Just on the slightly bigger side of things…

Seems about right for time of year

The Power Elite is prepping, so shouldn’t everyone else do so? 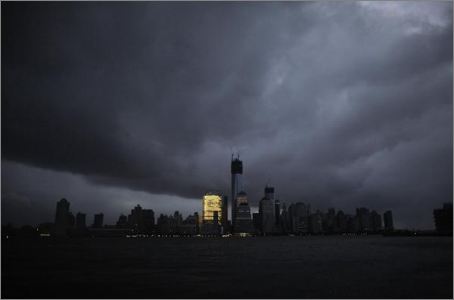 Can you spot the Goldman Sachs headquarters?

There’s no doubt that Hurricane Sandy packed a punch, but despite the devastation of the last few days it could have been worse. Sandy was a Category 2 hurricane on a scale which rises in intensity to 5. In just the last few years the 2004 tsunami, Katrina, the Japanese tsunami (and Fukushima) and now Sandy have all reminded us that no place can possibly be fully prepared for disaster and that when it hits you are on your own at the critical moments.

Even those who know they will be relied sometimes get it wrong. NYU Hospital had to be evacuated because of generator failures after ConEd power went offline. Bellevue Hospital was perilously close to evacuation before a human chain was organised to get 5 gallon fuel containers up to generators on the 13th Floor. The hospital simply did not have them on hand.

In a city like New York the Mayor can pose all he likes for the cameras as he bans soft drink containers over a certain size, but it’s best to assume he’ll be useless to you when disaster happens because that’s exactly what he’ll be.

Goldman Sachs knows this. The intelligentsia will mock the idea of DIY prepping as wacko, Right Wing thinking, but watch what the Power Elite does, not what it says. As well as having sufficient back-up generators and fuel on hand for heating and lighting (unlike some hospitals), this is what else Goldman was up to before the storm hit – 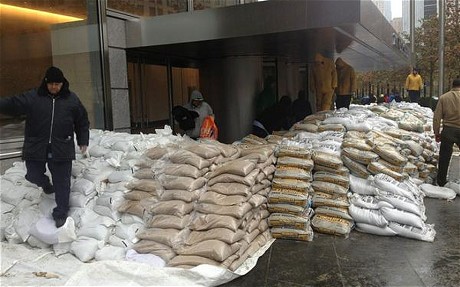 They certainly weren’t trusting the government to protect them, and they own it! It’s interesting to see also that Paul Krugman has a generator:

I’m blogging using my iPad as a hot spot, but linkage may be iffy — we’re sort of in the Bermuda triangle of cell access, and at the moment I have only one bar. But we do have a generator! So no worries, just nuisance.

Take the lesson from the Ruling Class and prepare yourself and your families for emergencies. Government will be on the scene far too late. Government itself is the ultimate prepper, with vast facilities all over the UK and US to enable Continuity of Government. Your concern should be for your own continuity. It’s not just at the national level either. Right down to local councils, government institutes contingency plans. Over there the feds even advise on what preps to do and I know that my local council has similiar advice on its website because I’ve read it. So what to do? Well let’s look at what happened when the unprepared were about to be hit by the storm – 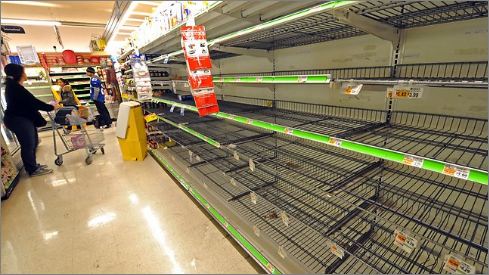 While the shelves were being stripped bare, probably in some panic, preppers had their feet up because they knew they already had the hardware to get through it. Below is a basic home kit which everyone should have:

– Food and water for at least a week (including water for cooking and sanitation. If you’re expecting the zombie apocalyse or TEOTWAKI then stock as much as you think necessary)

– Your weapons of choice

– An adequate first aid kit which you know how to use

– A battery or wind-up radio

– Spare batteries for the radio and torches

– Spare toiletries, incl. antibacterial hand gel (think of how your mouth will feel after a few days with no toothpaste)

– Knives of your choice

– A stash of essential prescription meds

– Spare cash (without it, if banks are closed and ATMs offline, you’ll be SOOL)

I’ll leave it there. It’s just a basic list. I don’t advocate that people drop a large amount of cash on a mega shopping spree. Think about your needs and get there over time. It’ll never be money wasted either. The hardware will be used anyway and the food will be rotated and replaced as use by dates come near. By stocking food ahead of time you’ll also be buying ahead of future price inflation. Much of the above will fit into a tote box in a spare room or at the bottom of a wardrobe.If you’re looking for one, good, comprehensive guide then – bizarrely – the Church of the Latter Day Saints is your place. It’s not all that heavy on God, if that would put you off. Download the pdf here.

You can go further if you like. For example, some advocate a Get Home Bag for the motor or workplace. Have a look around and make like Goldman Sachs, Paul Krugman, FEMA and the rest of the Right Wing nuts who aren’t hanging around waiting to be victims.