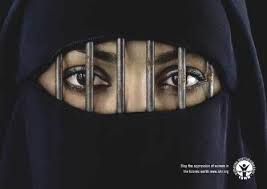 Another excellent article here by Mark Steyn drawn to my attention

In Wales as in much of the Western world, we are in the midst of an unprecedented sociocultural experiment. Its precise end point cannot be known, but on the Continent its contours are beginning to emerge: In Amsterdam, formerly “the most tolerant city in Europe,” gay-bashing is now routine; “youths” busted into a fashion show, pulled a gay model from the catwalk, and beat him to a pulp. Claire Berlinski reported for National Review two years ago that in the French suburb of La Courneuve 77 percent of veiled women say they cover themselves to “avoid the wrath of Islamic morality patrols.” In Potsdam, the Abraham Geiger Theological College advises its rabbis not to venture on the streets wearing identifying marks of their faith. In synagogues from Copenhagen to Berlin to Rome, Jews are warned to hide their yarmulkes under hats or baseball caps at the end of the service. In Paris, a man wearing no identifiably religious clothing was beaten unconscious on the Métro for being caught reading a book by France’s chief rabbi. The message is consistent, from Jews to gays to women: In the new Europe, you don’t want to be seen as the other. Keep your head down, or covered.

For a decade, I’ve been told by those who think I’m “alarmist” that there’s nothing to see here. The seven-year-old whose non-appearance at the teddy bears’ picnic goes unremarked . . . the beleaguered National Health Service reeling under the costs of genetic disorders from cousin marriage but now providing free and discreet “hymen reconstruction” for Muslim daughters who got a little over-Westernized one night . . . the infidel women going veiled to avoid trouble in les banlieues . . . the rabbis wearing baseball caps on the streets of Berlin and Brussels . . .

One reason that there’s “nothing to see” is the ever greater lengths we go to to cover it, and ourselves, up. The veil descends, on all of us.

16 thoughts on “BEHIND THE VEIL”