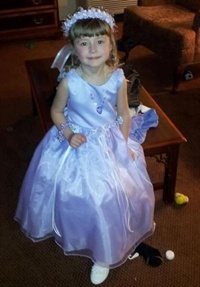 It could have turned out very badly, but fortunately the TSA was on hand to protect national security.

When four year old Isabella Brademeyer hugged her grandmother, while going through security at Wichita Airport, the heroes of the TSA weren’t fooled: nan might have passed her a gun!

You can’t be too careful when national security is imperilled, so Isabella was isolated from her family and shouted at. An attempted pat down ended with the potentially dangerous suspect running off terrified (hey, these terrorists are trained to deceive). The TSA knew then they had their girl. They declared that Isabella was “a high-security-threat” and threatened to shut the airport if the citizen did not comply.

The mini Leila Khaled was taken to a side room where she carried on the act, but a TSA hero took control and eventually allowed the family to get their flight. Phew, you can’t be too careful.

35 thoughts on “BEWARE THE TODDLER TERRORISTS!”