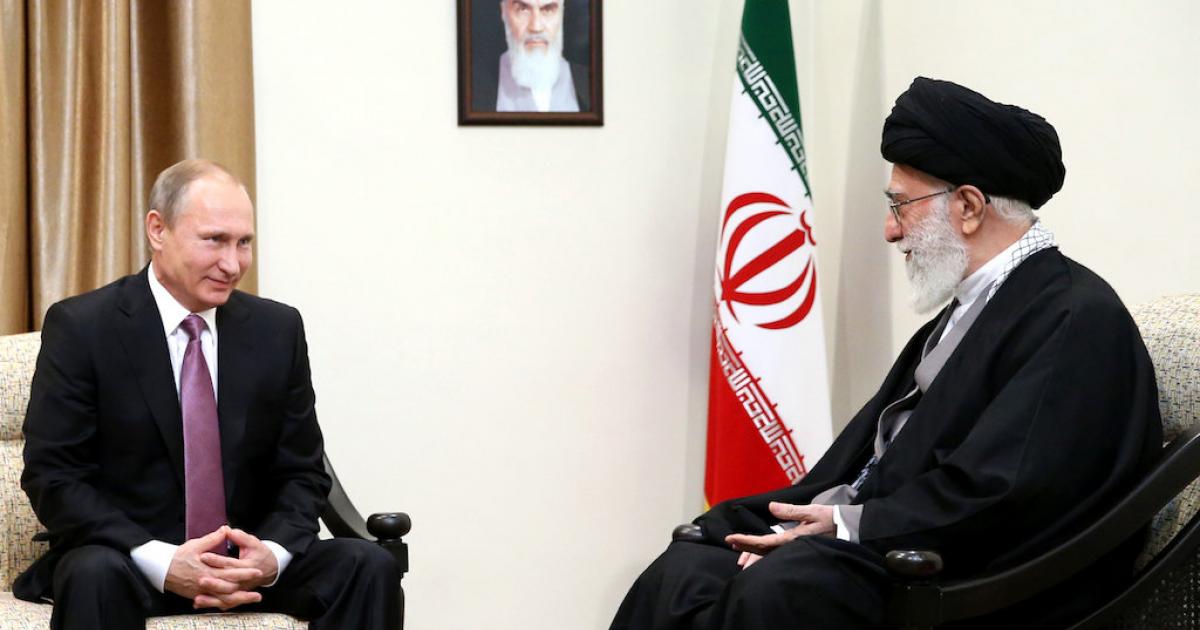 The Biden Administration is using and cooperating with the Russians to make a deal with Iran. A deal that is even worse than the one the Obama Administration illegally made. Just like the Obama Treaty this Treaty has not and will not be subject to Congressional Approval. As with the prior deal the current administration in violation of American Law is doing this Treaty on it’s own behind closed doors hidden from the Congress and the American People. The FACT that what they are doing violates the Constitution did NOT stop Obama and Biden is following the same playbook.

The Constitution provides, in the second paragraph of Article II, Section 2, that “the President shall have Power, by and with the Advice and Consent of the Senate to make Treaties, provided two thirds of the Senators present concur.” Thus, treaty making is a power shared between the President and the Senate. In general, the weight of practice has been to confine the Senate’s authority to that of disapproval or approval, with approval including the power to attach conditions or reservations to the treaty.

To “get around” the Constitution the Obama administration played political 3 card monty as explained by the late Charles Krauthammer.

To get around the Constitution, Obama negotiated a swindle that requires him to garner a mere one-third of one house of Congress. Indeed, on Thursday, with just 42 Senate supporters — remember, a treaty requires 67 — the Democrats filibustered and prevented, at least for now, the Senate from voting on the deal at all.

Congress is finally having its say on the Iran deal. It will be an elaborate charade, however, because, having first gone to the U.N., President Obama has largely drained congressional action of relevance. At the Security Council, he pushed through a resolution ratifying the deal, thus officially committing the United States as a nation to its implementation — in advance of any congressional action.

Secretary of State John Kerry has darkly warned Israel to not even think about a military strike on the nuclear facilities of a regime whose leader said just Wednesday that Israel will be wiped out within 25 years. The Israelis are now being told additionally — Annex III, Section 10 — that if they attempt just a defensive, nonmilitary cyberattack (a Stuxnet II), the West will help Iran foil it.

President Biden would do well to look at two embarrassing sanctions-related episodes from his first year in office to assess how badly these new moves may backfire: the removal of the Yemeni Iranian proxies the Houthi from the FTO list last March, and the refusal to uphold sanctions on Putin’s Nord Stream 2 pipeline, then to lobby against the Congressional attempt to reimpose them.

The Houthi action was ostensibly taken to facilitate humanitarian assistance to Yemen but it was in fact a concession to their Iranian sponsors to tempt Iran back to the negotiating table in Vienna.

The removal of the NS 2 sanctions was ostensibly in deference to Germany, but it was in fact a concession to Russia to maintain the Russian delegation’s participation in the nuclear negotiations in Vienna.

The latter, the Russian sanctions that he removed is what gave Putin the cash he needed to invade Ukraine, just one of the many “Unintended Consequences” of the Biden Administrations joke Foreign Policy.

The “New Deal” is expected to be finalized this week. It would have been finalized Friday if Russia had not thrown in current sanctions against them for Ukraine not being allowed to effect them funneling business through and with Iran essentially negating a large part of the new War Sanctions against Russia.

So we are to have a New Iran Deal negotiated for us by the Russians with Iran….. a lot of people are going to die as a result.

Iran has been plotting to KILL Ambassador Bolton. They have been caught, but NOT INDICTED because it will JEAPORDIZE THE NUKE DEAL….

EXCLUSIVE — At least two Iranians belonging to the Islamic Revolutionary Guards’ covert-action Quds Force have been plotting to assassinate former national security adviser John Bolton, according to a Justice Department official with direct knowledge of the investigation. The source tells the Washington Examiner that the department possesses indictable evidence against the Iranians but that Biden administration officials are resisting publicly indicting the men for fear that it could derail their drive for a nuclear deal with Iran, currently nearing completion in negotiations in Vienna,

You can read the rest of the story here: