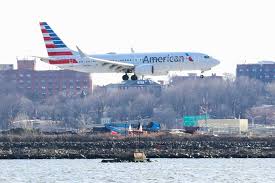 On March 10, an Ethiopian Airlines plane of the same type also crashed, six minutes after takeoff.

Both airlines are from ” third world ” nations. Lion Air doesn’t have the best record, Ethiopian is highly regarded.

There is a lot of speculation that the two crashes are the result of problems in the 737 MAX’s new, autopilot flight control system. And there’s comment from US pilots that the pilot ( re ) training recommended by Boeing was inadequate, that the pilot manual was very inadequate.

After two such similar incidents, so soon apart, you’d think that all parties would agree to ground the planes until they figured out what the exact problem was.

I think that it was China that led the way in grounding this plane, followed quickly by most other countries and the EU, followed by Canada, followed, only agonizing days later, by the American FAA.

The Ethiopian authorities sent their plane’s black box to Europe for analysis. That’s unusual when you’re speaking of an American made plane. The thought is that the slow to react FAA might be a little too buddy buddy with Boeing.

Boeing makes the most wonderful planes. This problem will be fixed, with updated flight control software, etc. Flying is safe. I’d board a Boeing today if you asked me.

But-the US should have grounded these craft before China and the others had any chance to.