The first public appearance then of Prince [name] of Cambridge, and just what the Duchess of Cambridge (that’s “Kate”, his mother) wanted: the world’s press, including a possessed Kay Burley of Sky News, doorstepping you just after you’ve given birth. 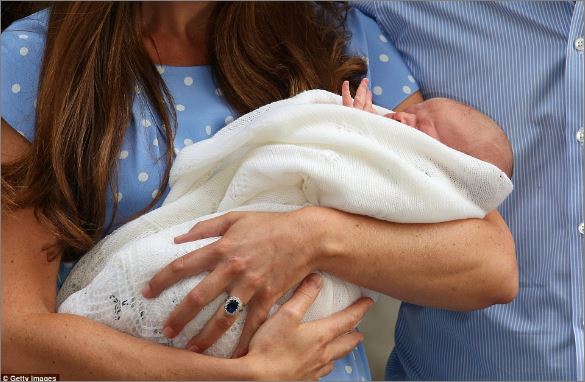 Prince [name] is in for quite a life, but he has a long wait before ascending to the throne. After his great-grandmother comes the Prince of Wales (that’s Charles), then his father Prince William, Duke of Cambridge, who’s just 31. Given the genes in the family, it’s quite possible that Prince [name] will be king at the turn of the 22nd Century.

Victoria became queen in 1837, during the age of the horse. When she died in 1901, trains were familiar, cars had been invented and the age of flight was about to begin. Prince [name] will experience similar revolutions. Let’s hope one of those revolutions results him becoming the rightful king of a sovereign, independent nation.