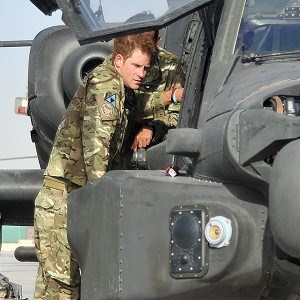 Prince Harry is back in Afghanistan. Unlike his first tour, which came to light when Drudge ignored a secrecy agreement with the media, his deployment this time was reported. The locals have given him a swift welcome, launching an attack on Camp Bastion where he’s based. According to Sky News, Taliban commanders have confirmed that Harry was the target. He’s fine, but sadly two American soldiers fell while repulsing the attack.

If Harry was the target then he must be redeployed. He wouldn’t like it. Apparently he’s a fine officer and he wants to be in Afghanistan. In addition, we’ve spent a fortune putting him through Sandhurst and teaching him how to fly Apaches. The bottom line, however, is that if he’s a bullet-magnet then his presence is a liability. If the Taliban did launch that attack in the hope of getting him, then two young Americans have been killed because of his presence. Confirm the situation, make a simple decision, get him out.

20 thoughts on “BRING HARRY BACK”