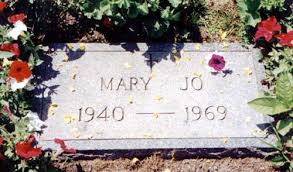 I see that the continuing fawning media coverage of Ted Kennedy’s death/burial continues. First Michael, now Teddy – it’s a tough summer.Biggest laugh of the day was Obama’s truly ludicrous tribute that Teddy was “the champion of those who had none”. Like the Kopechne family? Also, I see IRA leader Gerry Adams was there to pay tribute to the great man. It is said that if one cannot say anything good about the deceased, it is best to say nothing. So I have nothing more to say.