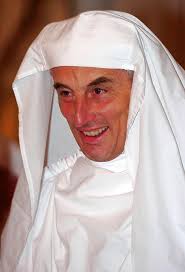 Wonder what you make of the suggestion by police chief Richard Brunstrom that removing crashed cars with bodies still inside could ease traffic congestion?

“Brunstrom, the chief constable of the North Wales force, who is the road policing head of the Association of Chief Police Officers Wales, unveiled the measure as part of a new action plan to combat traffic delays and cut casualties on main routes.  The traditional method of dealing with a fatal crash was to close off the road while firemen cut the roof off a car to release a dead person at the scene. “An alternative method is to put the vehicle on a low loader, take it to a fire station where what we need to do can be done with dignity and in privacy and the road could be open perhaps an hour earlier,” he told the Welsh Assembly.”

I think this is a nauseating decision. It is insensitive in the extreme but then again that is what we expect from Brunstrom, the UK’s worst chief constable.