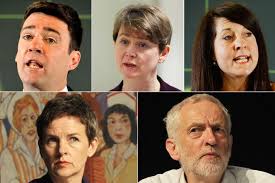 The contest for the Labour leadership following its crushing defeat last month is providing much needed comedy.

The candidates all face a central dilemma. Their Trade Union financiers and the Party membership is firmly to the Left. The previous Leader, Ed Miliband, played to this agenda with a manifesto that was a anti business and pro dependency and was roundly defeated by the electorate who are essentially centrist and aspirational.

So to become Leader you have to talk to the Left but in doing so you alienate the voters! It is my view that Labour has past its sell-by date; it’s very name is antiquated. Only Tony Blair and Peter Mandelson understood that to gain power Labour has to LOOK and SOUND centrist. This is toxic to the Unions and the comrades who constitute its membership. So it looks to me that we can expect decades of Conservative type Government with the shrill Labour chorus opposing but never winning,

2 thoughts on “CAUGHT ON THE LEFT…”