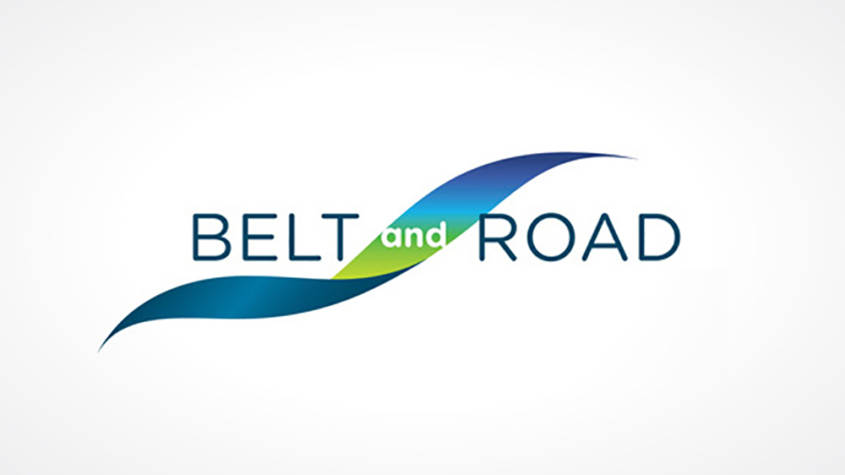 Eritrea and Guinea – Bissau have announced their plans to join the Belt and Road Initiative (BRI), actively promoted by Beijing, the new ‘big daddy’ of the world. The two nations have reportedly signed a formal agreement with China ahead of a key regional forum meet.

China’s Belt and Road Initiative (BRI) (一带一路) is a strategy initiated by the People’s Republic of China that seeks to connect Asia with Africa and Europe via land and maritime networks with the aim of improving regional integration, increasing trade and stimulating economic growth.

The name was coined in the year 2013 by China’s President Xi Jinping, who drew inspiration from the concept of the Silk Road established during the Han Dynasty 2,000 years ago – an ancient network of trade routes that connected China to the Mediterranean region via Eurasia for centuries.

The BRI has also been referred to in the past as ‘One Belt One Road’. The BRI is best summarised by President Xi in the following words: “China will actively promote international co-operation through the Belt and Road Initiative. In doing so, we hope to achieve policy, infrastructure, trade, financial, and people-to-people connectivity and thus build a new platform for international co-operation to create new drivers of shared development”.

The BRI comprises a Silk Road Economic Belt – a trans-continental passage that links China with south east Asia, south Asia, Central Asia, Russia and Europe by land – and a 21st century Maritime Silk Road, a sea route connecting China’s coastal regions with south east and south Asia, the South Pacific, the Middle East and Eastern Africa, all the way to Europe. The BRI is being built piecemeal, through diverse bilateral interactions. Political-economy dynamics and governance problems on both sides have led to poorly conceived and managed projects. These have resulted in substantial negative economic, political, social and environmental consequences that are forcing China to adjust its BRI approach.

In order to increase trade and investment in the BRI: “We will improve the bilateral and multilateral co-operation mechanisms of the Belt and Road Initiative focusing on policy communication, infrastructure connectivity, trade facilitation, capital flow, and people-to-people exchanges.”

To gain access to natural resources: “We will strengthen international co-operation on energy and resources and production chains, and increase local processing and conversion.”

To strengthen transport infrastructure in the BRI corridors: “We will advance the development of multi-modal transportation that integrates expressways, railways, waterways, and airways, build international logistics thoroughfares, and strengthen infrastructure development along major routes and at major ports of entry. We will work to develop Xinjiang as the core region for the Silk Road Economic Belt and Fujian as the core region for the 21st Century Maritime Silk Road.”

The BRI has been associated with a very large programme of investments in infrastructure development for ports, roads, railways and airports, as well as power plants and telecommunications networks. Since 2019, Chinese state-led BRI lending volumes have been in decline. The BRI now places increasing emphasis on “high quality investment”, including through greater use of project finance, risk mitigation tools, and green finance.

The BRI is an increasingly important umbrella mechanism for China’s bilateral trade with BRI partners: as of March 2020, the number of countries that have joined the Belt and Road Initiative by signing a Memorandum of Understanding (MoU) with China is 138.

Eritrea is seen as strategically important due to its access to the Red Sea and the Suez Canal, as well as to waters in the Persian Gulf, and thus to the Indian Ocean.

Meanwhile, the Atlantic Ocean nation of Guinea-Bissau is expected to boost China’s maritime interests along the West African coast. The country is a member of the African Continental Free Trade Agreement (AfCFTA) that removed border tariffs between African nations.

China has committed to building a US$ 184 Million biomass plant in Guinea-Bissau, and is reportedly involved in several redevelopment projects in the country. Beijing is reportedly supporting a US$ 48-million project aimed at renovating the antiquated telecommunications system and highway construction. Chinese investors have also expressed interest in the logging sector i.e. timber trade, deep water fisheries and oil exploration.

Beijing is planning to help Eritrea to bring back trained labour, to develop infrastructure in the country, and “wean it off an agricultural base to a higher standard of industrialisation.” Back in 2019, the China Shanghai Corporation for Foreign Economic and Technological Cooperation (SFECO) began construction of part of the 500 km road between the country’s port city of Massawa and Assab harbour, both of which possess special economic zones.

The two African states inked the Memorandum of Understanding days before the forthcoming FOCAC Ministerial Forum in the Senegalese capital of Dakar, which kicks off on November 29.

There are few motivations for the BRI. The first and most discussed internationally, is the China’s rivalry with the US. The vast majority of the Chinese international trade passes by sea through the Strait of Malacca of the sea coast of Singapore, which is a major ally of USA. The initiative is integral to China’s efforts to create its own secure trade routes. There is no doubt that China’s intention is also to make participating nations interdependent with the Chinese economy and dependent on its export, labour and technical expertise, and thereby build economic and political influence for China or long time to come.

In that respect it has similarities with the Marshal Plan that followed the Second World War – but with the essential difference that China dispenses funding to other nations based purely on shared economic interests. A large number of central Asian and European nations have fallen trap to the ‘debt diplomacy’ of China. The nations are Albania, Armenia, Azerbaijan, Belarus, Bosnia and Herzegovina, Bulgaria, Croatia, Czech Republic, Estonia, Georgia, Hungary, Latvia, Lithuania, Former Yugoslav Republic of Macedonia, Moldova, Montenegro, Poland, Romania, Russian Federation, Serbia, Slovakia, Slovenia, Turkey, and Ukraine.

G7 nations seek to counter China’s Silk Road Projects with ambitious infrastructure plan, but the question is when China has enticed major regions and nations, what will the US and its allies do? Right now China has very deep pockets for sure and their diplomacy is getting a big success by building its military bases in the garb of civilian facilities and will park its Renbiki in local banks.

But nations, be warned of how China gobbled the International port in Uganda!