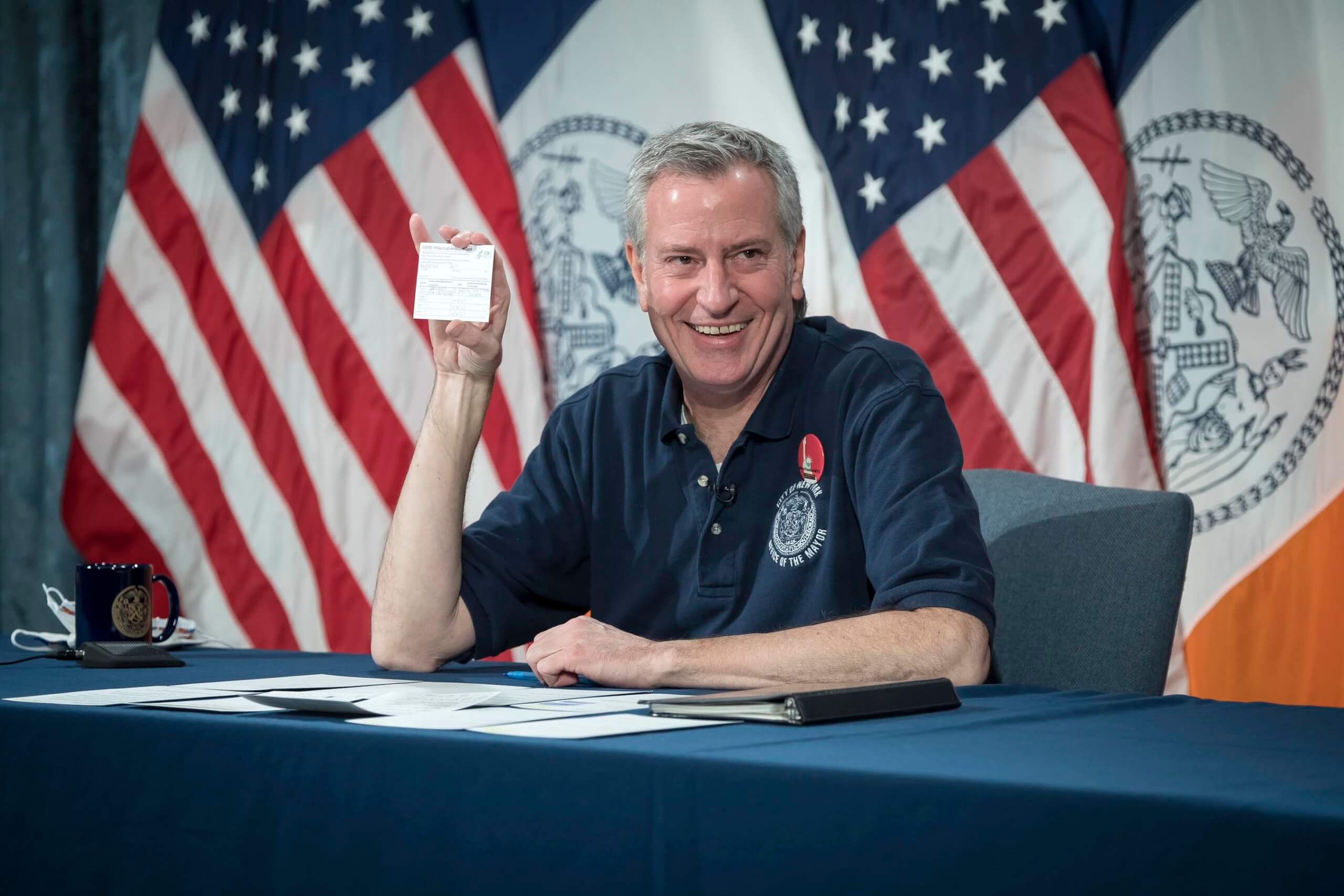 NEW YORK—Mayor Bill de Blasio today announced major expansions to the “Key to NYC” program, the first-in-nation vaccination mandate for workers and customers at indoor dining, fitness, entertainment and performance venues. Starting December 14th, the program will require children aged 5-11 to show proof of one vaccination dose for those venues. Starting December 27th, New Yorkers aged 12 and older will be required to show proof of two vaccine doses, instead of one, except for those who have received the Johnson & Johnson vaccine.

The mayor also announced a first-in-the-nation vaccine mandate for private-sector workers. The mandate, which will take effect on December 27th, will apply to roughly 184,000 businesses.

Finally, the mayor announced 5-11-year-old children will be required to get vaccinated to participate in high-risk extracurricular activities. These activities include sports, band, orchestra, and dance. This requirement for the initial vaccine dose will take effect on December 14th.

Mayor Bill DeBlasio’s term ends on December 31st, 2021. Not only does he NOT have the Authority to impose medical mandates on Private Businesses, people, and children he dumps this load of crap onto the already suffering people of NYC as he walks out the door.

DeBlasio’s Reign as Mayor has been a disaster for NYC even without the Covid Nightmare it suffered from at the hands of both DeBlasio & Cuomo resulting in over 20,000 dead Senior Citizens and the loss of 1000s of small businesses through the mismanagement of the State and City’s response to Covid, and unnecessary Lockdowns. Once again NYC is not a safe place to visit. The squeegee men aren’t back, no now they just sit in the middle of Times Square and shoot their dope right out in the open. Mayor DeBlasio also in this last month of his reign has opened his Heroin Haven’s. Happy friendly places for addicts to congregate and shoot their dope until they OD and a city worker will bring them back with Narcan so the junkie can start right over this is the NYC that DeBlasio leaves behind.

He also does this fully knowing that The Courts are blocking everyone of the Presidents Mandates, but hey he’s the Mayor of NYC he has more authority than the President.

Good bye Mayor, don’t let the door hit you on the ass on your way out…..