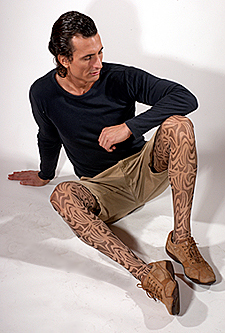 ATW commentator The Troll brings to our attention a “mantyhose” thing. Someone shoot me in the head before the The Pussification of the Western Male is total.

No, I never did imagine and it’s not April Fool’s Day; a quick google shows that the abomination is real. “The underwear staple for women is making its way into wardrobes of the opposite sex – and the look is gaining popularity” reports the Daily Mail. Not in my house it’s not.

Men, have respect for yourselves. Look at your yourself now. If you’re wearing anything your old grandad wouldn’t have understood then get rid of it.

Reports are that “the mantyhose are most popular with customers from Germany, France, Scandinavia, Canada and the U.S”. It’s some small relief that stout yeomen of England are unaffected, but you can’t be too careful. If you live in a city, move out soon. It’s in such places that these things catch on.

I’m off now to pour acid in my eyes.

40 thoughts on “DECLINE AND FALL”