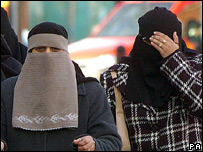 Oh dear! More than a third of British Asians do not feel British. Research for the Asian Network discovered 38% of the UK residents of South Asian origin polled felt only slightly or not at all British. More than a third agreed to get on in the UK they needed to be a "coconut", a term for somebody who is "brown on the outside but white on the inside". Three-quarters felt their culture was being diluted by living in the UK and nearly half believed white people do not treat them as British.

Herein lies the problem. They are very happy to live amongst us but they want to retain their own cultural ways and keep apart from is and THIS is where it all goes wrong. For far too long we have indulged this multiculti nonsense. Bottom-line – IF you want to live in the UK then you adopt our ways, you integrate into our society, and you accept our laws. As for feeling like a coconut -isn’t that a bit of a racist thing to say?