No doubt about them at all.

A tragedy in every direction

WE’VE ALL BEEN THERE 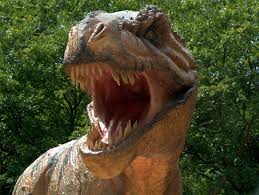 Amongst the many “ism’s” that our contemporary culture have spawned is ageism; we must not make jokes about being old. As each year passes, I find this such a good idea. Joke. Now read on..

David Cameron sparked an ageism row today after referring to a veteran Labour MP as ‘a dinosaur’. Left-wing Dennis Skinner, dubbed ‘the Beast of Bolsover’ because of the Derbyshire constituency he represents, asked the final question during Mr Cameron’s weekly 30-minute Commons grilling at Prime Minister’s Questions. Mr Skinner, who turns 80 next month, asked Mr Cameron when he would appear before Lord Justice Leveson’s inquiry into press standards. The PM said he would be ‘delighted’ to appear at the Royal Courts of Justice when required, then added: ‘It’s good to see the honourable gentleman on such good form. I often say to my children ”No need to go to the Natural History Museum to see a dinosaur, come to the House of Commons at about 12.30pm”.’

Cue outrage amongst those prepared to be offended for the elderly! I actually thought that was quite a good one-liner by Cameron. I also think that he is right. Skinner IS  a political dinosaur. Not because of his age, however, that has got nothing to do with it. It is his hard left antiquated left wing politics which are Jurassic. I don’t think Cameron was making a pejorative comment on age but rather on values. But in our overly sensitive culture Cameron is then demonised and made to appear ageist. Some people, you might think, need to grow up a little and demonstrate greater maturity when it comes to quips in the Commons.

10 thoughts on “DINOSAURS IN THE COMMONS…”