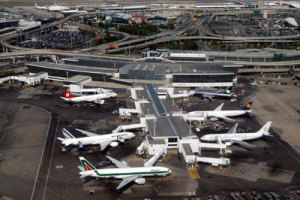 What did you make of the shocking revelations concerning the plot to blow up fuel tanks and pipelines serving the JFK airport in New York, one of the world’s busiest?  The plot – which is said not to have gone past the planning stages – involved blowing up the airport’s fuel tanks and pipeline, US justice department officials said. The devastation this would have caused is unimaginable and shows the evil creative genius we are up against. Congrats to those who have disrupted this but what amazed me most is the BBC TV news reports got through the entire report of this and NEVER mentioned the words Islamic or Al Queda, or heaven forbid, Muslim. They remain in complete denial that Islam is at war with us, pure and simple. Were this 1938, and not 2007, It would be the "Nazi" word they would be avoiding.