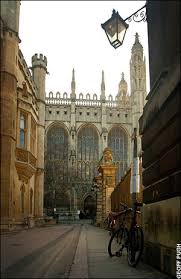 The political left do enjoy closing down debate.

Universities Minister David Willetts was forced to abandon a speech at Cambridge University after it was disrupted by protesters. Mr Willetts was due to speak on the ‘Idea of University’ on Tuesday night. But he was shouted down by about 20 protesters unhappy with the government’s higher education policies. Mr Willetts left the lecture hall and the speech was cancelled. A number of students stayed inside the hall, where they are now staging a sit-in protest.

Academia seems to attract the most moonbat-ish, the most aggressive, the most TENURED of leftists. In this case they demonstrate their intolerance and immaturity by preventing Willetts from speaking. Some of the most stupid people are the best educated.