A bit of a kerfuffle at the Paralympics, where an Iranian athlete is accused of snubbing the Duchess of Cambridge. Discus thrower Mehrdad Karam Zadeh finished second behind Briton Aled Davies. The Duchess presented Zadeh with his medal, whereupon he failed to shake her hand. Apparently it wasn’t personal, with suggestions being that he was just sticking to his cultural habit. 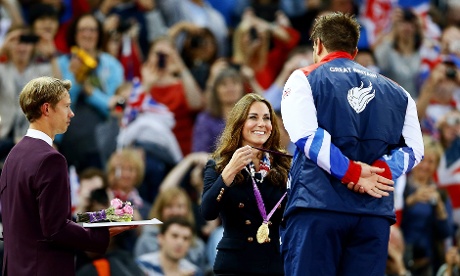 No problem. He can stick to his cultural norm of not shaking hands with women, and we’ll stick with ours, which is beating foreigners.

4 thoughts on “EACH TO THEIR OWN”