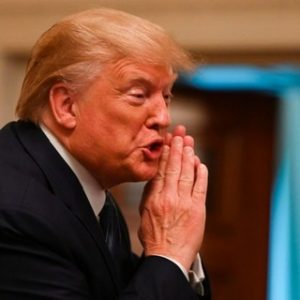 The recent NYT revelations show us that the man who claims to be immensely wealthy has been telling the IRS that he’s losing money.

Won’t get into the weeds on this, but we are told of some highly questionable deductions from income, etc

Lying to the IRS can send you to prison, so can bank fraud, so can money laundering.

Trump has long accused others of the things that he himself is guilty of. He has often accused the Clintons of financial crimes.

For years, Enron was a widely admired corporation. Until it was shown that the profits were illusory, that much of the company’s apparent success was based in fraud, on fake numbers. That’s the kind of thing we’re been dealing with here.

98 thoughts on “The Enron President”