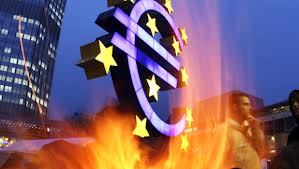 EU membership has brought Cyprus to the edge of bankruptcy so what to do? That’s right – insist on staying in the EU at all costs!

Cypriot president Nicos Anastasiades has assured civil servants that “in no way will we experiment with the future of our country” by exiting the euro.

Oddly enough he and his associates were VERY happy to experiment with the future of Cyprus when it came to ENTERING the Euro zone!!!

He said that while the current situation on the country is “tragic”, that the bail-out “averted the risk” of bankruptcy.  Mr Anastasiades – known for his fiery temper – was reported to have threatened a euro exit during the fraught all-night negotiations on Sunday which resulted in a deal forcing heavy losses on uninsured depositors in the island’s two largest banks. But on Friday he declared that while the eurozone lenders made “unprecedented demands that forced Cyprus to become an experiment”, an exit from the currency union is not on the table.

The likes of Anastasiades will accept any humiliation visited upon their people rather than confront reality and Berlin. The only chance Cyprus has of recovery, just like Greece, is to EXIT the Eurozone but instead the political class insist that come what way it will be the Euro uber ales.

“We have no intention of leaving the euro,” he said, addressing civil servants in Cypriot capital Nicosia.