its the hat thats the give-away!

CONGRATULATIONS TO THE DUKE AND DUCHESS OF CAMBRIDGE

Now thats what I call Class!

A WORD OF ADVICE FOR THE DUCHESS … 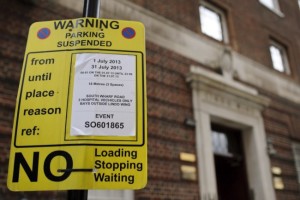 As I have maybe commented before, there truly is nothing quite like a Royal Event to get the British and Foreign Press Photographers in an uproar.

When  PARKING  gets suspended because  a fairly presentable and sensible young woman is planning to have her baby in a London hospital, and the birth has actually been awarded an official number, we are indeed approaching Warp 10.

But when a whole area is cordoned off so that those same photographers can stand looking at the windows and main entrance of that hospital, all the while knowing that that same young woman is not going to dance at the window whilst holding the baby immediately after its birth, I am indeed forced to realise that we have entered the same space as that described in the episode ‘Where silence has Lease‘; without, of course, the diabolical creature in the Star Trek plot. 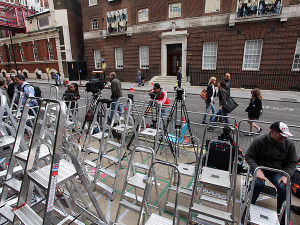