THE COST OF STATIC TRAVELLERS..

DINOSAURS IN THE COMMONS…

ENOUGH TO MAKE YOU DRINK. 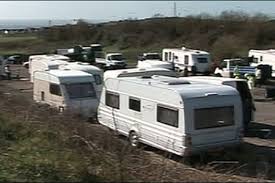 Isn’t this a basic intrusion into liberty?

A Kerry man has been remanded on continuing bail at the District Court in Killarney, Co Kerry, on “a novel charge” relating to alleged comments about Travellers on a website.

The charge is being brought under the Incitement to Hatred Act and is the first of its kind dealing with online material on the internet site in question.

The hearing, scheduled for the autumn, will involve a lot of technical matter and is likely to be contested, the court heard. The allegation relates to a Facebook page which has since been closed down, and to alleged anti-Traveller sentiments, it has previously been confirmed. Patrick Kissane (27), of Knockasarnett, Killarney, is charged with “actions likely to stir up hatred” on October 1st, 2009.

The so called Incitement to Hatred Act is more like a dilution of freedom of expression. I have no idea if the comments about “travellers” (or Gypsies as we sometimes call them) were hurtful, obscene or otherwise BUT surely to goodness this recourse to the Court is not the appropriate solution?

13 thoughts on “FACING THE BOOK BEING THROWN AT YOU?”