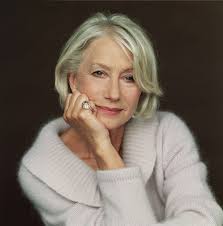 I suppose she has a point but it is a bit exaggerated surely?

Dame Helen Mirren has said that if she had children, the first words she would have taught a daughter would be ‘f*** off’ – after she endured years of sexism during her early career.   She says: ‘If I’d had children and had a girl, the first words I would have taught her would have been “f*** off” because we weren’t brought up ever to say that to anyone, were we?  ‘And it’s quite valuable to have the courage and the confidence  to say, “No, f*** off, leave me  alone, thank you very much.”  ‘You see, I couldn’t help saying “Thank you very much”, I just couldn’t help myself.’

Maybe she could choose better words? I like Mirren even if she is a champagne socialist but teaching your daughter to swear aggressively is not the optimum way forward.