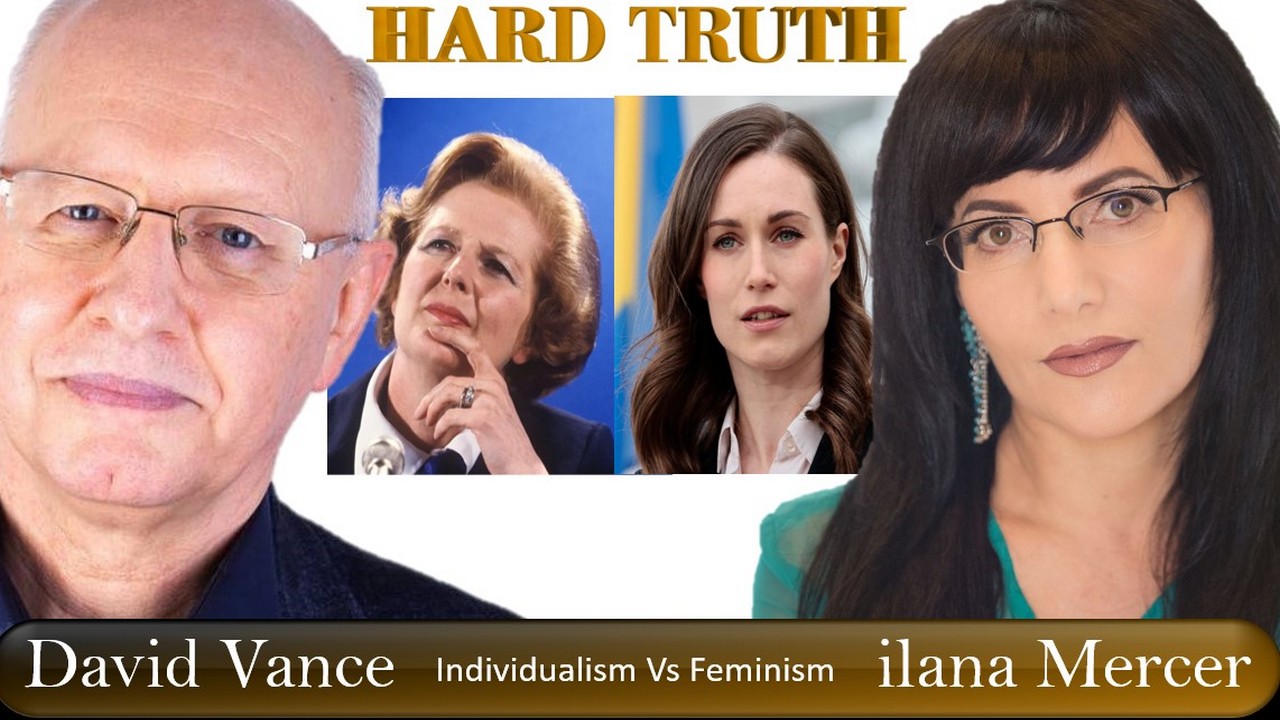 In the latest Hard Truth, David and ilana tackle the staggering decline of the quality of female political leaders. From the UK’s Iron Lady the great Maggie Thatcher to Finland’s pouting Party Girl Sanna Marin, why has it all gone so badly wrong? Ilana captured the essence of Lady Thatcher years ago when she observed that Thatcher was an individualist, not a feminist. By contrast Sanna Marin is a feminist not an individualist. David argues that feminism has destroyed any merit in female political leaders and more than a few XY ones! ilana and David both agree that it is unfortunate that women ever got the vote as the feminisation of politics and ilana bravely agreed to give up her vote if the whole thing could be undone! As a final topic, the role of Donald Trump is going along with the lockdowns was discussed and ilana and David agreed that Republican need to stop being so uncritical about his role in the destruction of the economy back then.