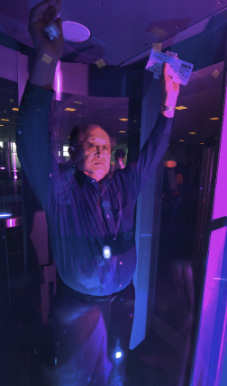 Ok then, hands up WHO out there favours full body scanning at Airports in order to try and prevent further Jihad attacks such as that aborted over Detroit?

Why? I object to MY privacy being violated just because the political elite and their minions lack the guts to use intelligent profiling with Muslims being singled out for extra attention. I have no objection to the technology in principle but why should be suffer further indignity and hassle just to spare the blushes of Muslims? Furthermore, I bet the determined Jihadist will find ways around it and the thought of the elderly and young being body scanned rather than young Muslim males – say between 20-40 – is an outrage. We shouldn’t let our dhimmified elite push this one through.