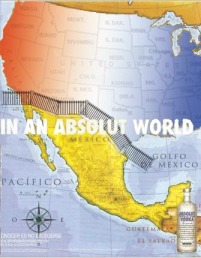 Now, this is an Absolut ad that I can support. Note the fence photoshopped across the Southern border of the US.

From: Reader Ed at Michelle Malkin