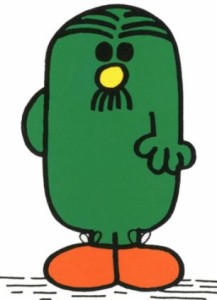 The radical egalitarian Educational elite seek to dumb down how our children are taught at every turn.

Children are being ‘infantalised’ by teachers who encourage them to learn history through Mr Men characters and Disney films, Michael Gove said yesterday. In a blistering attack on school teaching, the Education Secretary claimed pupils were being told to compare Hitler and his henchmen to Mr Men characters and to learn about the Middle Ages by watching Disney’s Robin Hood. Mr Gove also criticised the debasement of English lessons, saying some schools were telling pupils to read ‘transient vampire books’ like the Twilight series instead of ‘transcendent Victorian novels’ such as Wuthering Heights and Jane Eyre.

This infantalising of Education is all part of the process of dumbing down and creating generations of children who have little grasp of history. Those academic behind this should be ashamed of the destruction they are causing but in fact they are proud of their philistinism.

46 thoughts on “HITLER AND THE MR MEN”