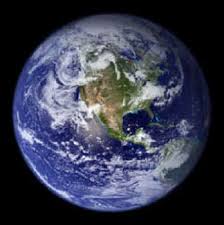 It must be a bit embarrassing to produce IPCC reports insofar as so much of their content is plain junk. Today sees another concerted politically contrived effort to push the “man-made” global warming hype.

A landmark report says scientists are 95% certain that humans are the “dominant cause” of global warming since the 1950s. The report by the UN’s climate panel details the physical evidence behind climate change. On the ground, in the air, in the oceans, global warming is “unequivocal”, it explained. It adds that a pause in warming over the past 15 years is too short to reflect long-term trends.

Ah yes , that pesky business of the world not performing as EVERY IPCC report has predicted and refusing to warm!  If you want a bit of  balance to the eco-cultist tax raising consensus based science junk, try this.

The new NIPCC report – Climate Change Reconsidered II: Physical Science – makes a compelling case that the IPCC hypotheses, models and scares have no basis in reality. The 1,018-page report convincingly and systematically debunks IPCC claims that carbon dioxide and other greenhouse gas emissions are causing “dangerous” global warming and climate change – and that its computer models can be relied on as a credible basis for alarming climate forecasts and scenarios.

The NIPCC Summary for Policymakers is illuminating and easy to understand; its 14 pages should be required reading for legislators, regulators, journalists and anyone interested in climate change science.

AGW is such a con. Of course the climate changes, it always changes. But to attribute warming since 1950 to 1997 with “95%” certainty to man seems remarkably short sighted since THAT time span itself seems so short, yet the cultists then choose to ignore the subsequent 16 years as being “too short” to take a view on. It’s risible stuff this and should be dismissed as such.