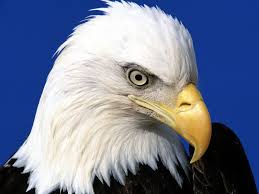 As you look at us from across the pond what a varied set of misconceptions most of you have formed.

I do not claim to speak for my country, just one of the many factions that are in it. I read on here daily views of my nation that to me are so far from reality it never ceases to amuse. In all honesty most of the Americans on here view things from a different reality than me. To many of you discount one or more of our views, yet each American on this site represents a view shared by a large block of people in the U.S.

Even though none of us agree we all are representative of many more than just ourselves. That I believe is a fact that many of you don’t grasp. Even we Americans at times refuse to acknowledge that our individual view is not the majority one.

Take the current drama playing out internally over healthcare. If you listen to some it’s over the debate is done. Yet it has not been implemented. It is supposed to start October 1st. Yet in violation of the very law the President has nullified parts of the written law. Nowhere does he have the authority to change written law once it has been passed and he has signed it, yet this is what he has done several times.

There are some on here from my country that except his doing this, just as a block of people in my country do. There are however just as many people who disagree with his ability to act as a dictator. If we are going to follow Obamacare as a Law it must be followed as it was passed, or it must be changed by the Legislature. The President can not do it arbitrarily.

Our system is a representative republic, 70% of the American people are against this law, yet 70% of the Washington Elected officials are for it. Because even though in violation of not only Obamacare itself but in violation of other Law they have exempted themselves from the Law.

A Congressman makes $170,000 in salary, yet they claim they need a special subsidy to afford the medical plans that this law requires every citizen to buy. While at the same time the Median income of a family of 4 in the U.S. is $65,000 and does not qualify for any subsidy.

That fact and that fact alone is causing a growing backlash against the Washington elite. Add to that the fact that the economy is directly being attacked by this law. Even the Unions that pushed for it now want it stopped. Why?

Major Union employers have cut workers hours to 29hrs a week, one third of companies that employ over 1000 people have already sent out notices that either they will no longer offer medical coverage, or they will only cover the worker and not their spouse or children.

One party is excepting their elected leaders are royalty and above them, that it is OK that they have to pay when their leaders don’t. The other party is gathering torches and pitchforks to deal with their leaders who view themselves as above the people they represent.

To hear some speak on this site only the loons are against this situation. That means 70% of the country are loons.

This battle is far from finished. I ask you not to decide to hastily how this will flush out. Anyone who says they can predict that on either side is a fool.

Watch, wait, and see. If you don’t trust my word read the headlines. The only consensus is there is no consensus.

UPDATE: Here is an add on to the debate, a list of 300 entities that have cut workers hours directly as a result of Obamacare.  The only good thing about the list is seeing the Hypocrisy as many colleges that all support this law have cut the hours of their staff… reap what you sow.

ObamaCare’s impact on jobs is hotly debated by politicians and economists. Critics say the Affordable Care Act, with its employer mandate to provide health insurance, gives businesses an incentive to cut workers’ hours. This year, report after report has rolled in about employers restricting work hours to fewer than 30 per week — the point where the mandate kicks in. Data also point to a record low workweek in low-wage industries.

In the interest of an informed debate, we’ve compiled a list of job actions with strong proof that ObamaCare’s employer mandate is behind cuts to work hours or staffing levels. As of Sept. 25, our ObamaCare scorecard included 313 employers. Here’s our latest analysis, focusing on cuts to adjunct hours at nearly 200 college campuses. The ObamaCare list methodology is explained further in our initial coverage; click on the employer names in the list below for links to supporting records, mostly news accounts or official documents.

We’ll continue to update the list, which we encourage you to share and download into a spreadsheet to sort and analyze. If you know of an employer that should be on the list and can provide supporting evidence, please contact IBD at jed.graham@investors.com.