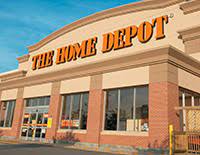 Goya is a large food company in the US. Their rice, beans and many other foods are on the tables of many tens of millions of Latinos ( and many others ) every night.

A year ago, some were upset when Goya’s chief executive praised Donald Trump. They called for a national boycott. One which quickly went nowhere. Latinos will stop eating Goya on the same day that the Chinese stop eating rice.

In yesterday’s Times, I see that a coalition of ” faith leaders ” are calling for a boycott of Home Depot, the large Georgia-based home improvement chain. The faith guys aren’t saying that Home Depot did bad things. They’re saying that Home Depot should be punished because the corporation didn’t fight the new Georgia voting law.

The Georgia law looks to be a mixture of bad and good changes. I’m not getting into the weeds on it. But I don’t think that the law is ” Jim Crow “, as the wraith president has been told that it is. Let no slogan go unsaid.

I’ve got Goya red beans soaking in the kitchen. I’ll shop at Home Depot this weekend.

The Home Depot boycott will flop as the Goya boycott did. Retail consumers won’t be told what to do.