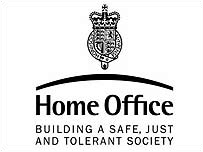 There were nearly 3000 ‘honour’ attacks in the UK last year, reports The Telegraph, according to the most up to date survey. It’s all so sad and predictable. The attacks are the usual range of murders, beatings and mutiliations because some women want to be women.

“Honour crimes mostly happen in South Asian, Eastern European, Middle Eastern communities”, we’re told. I wonder who they are then, those who are so enriching the fabric of British life.