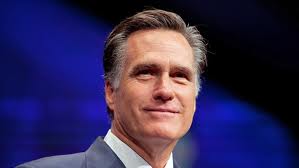 The Republican primary race is over, the real battle for the Presidency has yet to begin. Wounds must be sealed, and blood wiped from the floor that’s what the Convention will now be about. Gingrich will orchestrate, and bind the factions. Romney will be the standard bearer, the VP is a crap shoot right now. Allen West, Chris Christie, Marco Rubio,  Paul Ryan, other parties yet to be named. I could hope for Newt himself but that is very unlikely. He will be the one that shapes the platform, and do the behind the seen arm breaking. That is after all his true strength.

As for Romney he’ll do. His current advisers will be slaughtered at the convention, and a platform will be shaped.

The Democrat party is controlled by the Progressives. Communist, Progressives, Fabian Socialists, Statists, Marxists, what ever you want to call them, they believe in anti individual sovereignty, anti economic freedom and anti limited fiscal government. They do not believe the same beliefs in that the founding fathers had, they believe in the methods and policies of, Marx, Engels, and Alinsky. Those are just facts that can’t be denied. Their primary thread is the collective, not the individual.

The past 4 years have been the culmination of those that started their machinations at the turn of the 20th century. The level of misery that we have reached, and the level they want to continue to advance us toward is in plain view. It will not be allowed to continue.

Those are the battle lines.