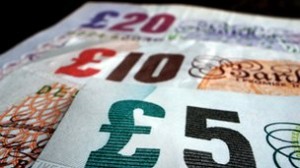 You would need a heart of stone not to laugh at this news!

The NI Independent Retail Trade Association (NIRTA) has said the Government’s delay on a decision to devolve corporation tax to Stormont was deeply disappointing. On Tuesday, the prime minister said there would be no decision on devolving the powers until after the Scottish referendum in 2014.  Stormont wants to be able to match the tax rate in the Republic of Ireland.

During the last Assembly referendum, I remember having a public debate in Londonderry with Sammy Wilson and Mike Nesbitt on the economy. Wilson said he envisaged that the radical change to CT would happen within a year of the election. Now it is obvious that there will be NO CHANGE whatsoever to Corporation Tax and the same parties that promised you this in 2011 will promise you it again in 2016.

Here’s the deeper point. Stormont has NO plan to cope with the consequent reduction in the block grant and so this is all POLITICAL posturing!

Whilst the concept of CT reduction is a good one, it is way too crude and economically incoherent. It need nuance and balance. For example, it should NOT be afforded to large multinationals but rather focused on small indigenous business that can actually create meaningful growth that feeds back into the local economy rather than being siphoned off-shore. Welfare will also need to be drastically cut, something all local parties run a million miles away from. So the game in play here is to see if Stormont can successfully pass the blame for their own ineptitude to Westminster, then posture as victims of the baddies over there. I reckon this is exactly how it will be sold to the electorate whose inability to see through this cosmic failure is truly wondrous!