34 dead, and no-one even remembers why they died.

No three-inch-high headlines, bordered in black, shouting the outrage which has been done to black mineworkers.

No official enquiry, no solemn statements stating ‘lessons have been learned’.

No one blamed, no policeman arrested, or even suspended.

Union members and officials complain, but strangely no-one abroad even gets to read a headline uttering even regret.

The BBC website states that ‘things took a turn for the worse’ in Marikana.

Could it be that the previous sentences were written about black mine workers being killed by white AND black South African policemen, mowing them down in a hail of bullets? 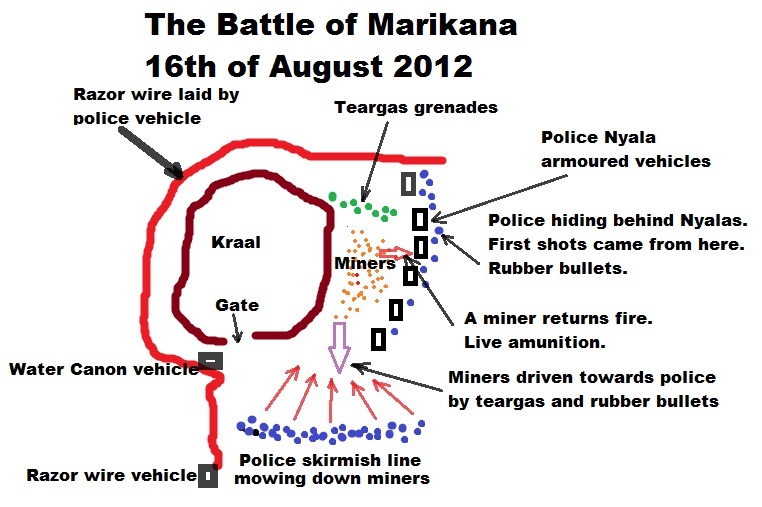