It seems I have finished 2014 by causing offence to much loved UK “comedian’ Lenny Henry. You can read about it here.

In essence, our Lenny was allowed to produce an episode of the BBC News flagship programme called “Today”. He chose to ensure that only non-white presenters worked on this edition. 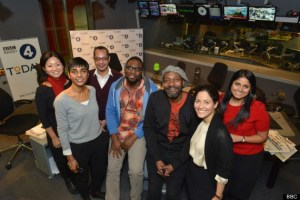 Lenny thinks that ethnic minorities are discriminated against. I tweeted a contrary view and the Huffington Post printed my comment and allowed Lenny a lengthy and self indulgent response. I note they refer to my comment as “racist”….so in the same vein and being aware of the same quotation marks I am suggesting that discriminating against people because of their skin colour makes Lenny “racist”. And by inference, the Huffington Post is also racist.

9 thoughts on “LENNY HENRY IS “RACIST”?”