HOW TO EASE “BURDENS” ON THE CRIMINAL (IN)JUSTICE SYSTEM

HUHNE: EIGHT MONTHS IN THE SLAMMER

and why not indeed?

Mark Bridger has been found guilty of the sexually-motivated abduction and murder of five year old April Jones. For this he was sentenced to spend the rest of his life in prison, a whole life tariff. 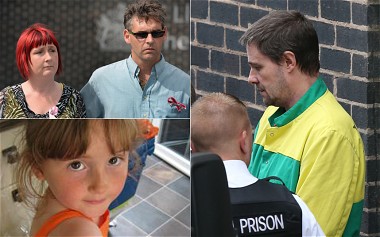 He pleaded not guilty and her remains have never been found. Doubtless the judge, who described Bridger as “a pathological liar”, found these to be aggravating factors. The most aggravating factor in my view was the murder of a five year old girl. In the absence of a capital sanction, whole life tariffs should be the norm for murder and derivated from only in exceptional circumstances. Instead, we know that life does not usually mean life, which has terrible consequences for some when previously convicted murderers are released to kill again. Still, we see that the courts can impose a meaningful sentence occasionally. It should be the starting point and not exceptional.

18 thoughts on “LIFE TARIFFS: SO THE COURTS CAN DO IT”