As I pointed out the other day Obama’s most recent violation of the Constitution was delaying of the demands placed on the Employer by Obamacare. The schedule of when certain things take place in OC are written in the Law. A President has no Authority to change written Law once it has passed the Congress. It’s just that simple.

Well there is some hope that at least a few Representatives of the People might actually try to call him on it. 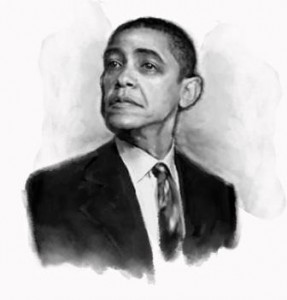 But three House committees are already looking into the decision, with Republicans complaining about a disturbing trend where the president decides which laws to enforce and which to ignore.

Darrell Issa of California, the chairman of Oversight and Government Reform, called the decision “another in a string of extra legal actions” taken by Obama.

“As a former constitutional law teacher, President Obama must know that this action gets into very questionable constitutional territory,” Issa said in a statement to CQ Roll Call. “It also paves the way for future administrations to simply not enforce parts of Obamacare they don’t believe are functioning well.”

And Rep. Phil Roe of Tennessee, the chairman of an Education and the Workforce subcommittee, asked the Congressional Research Service to investigate.

“I believe this administration has made a habit of bypassing Congress and it sets a very dangerous precedent,” Roe said in a statement to CQ Roll Call. “Both Republicans and Democrats should be very concerned, and I will continue to closely monitor these actions and hold the president accountable.”

Rep. Steve King, R-Iowa, said, “If President Obama wants to make changes to Obamacare, he must come to Congress. … We are a nation governed by laws written by Congress, not memos and blog posts written by bureaucrats.”

In March, Issa complained in a Washington Examiner op-ed that the Obama administration was interpreting the health care law to provide tax credits in health exchanges even if states refused to set them up — contrary to the law’s text.

The fact that most states refused to set up their own exchanges “does not justify the administration’s effort to ignore the plain language of the law,” Issa wrote.

That dispute is currently the subject of a lawsuit filed by the state of Oklahoma.
– See more at: http://cdn.rollcall.com

We are supposed to be a nation of Laws, not of men. You can’t force Citizens to participate in OC because it’s the Law and then REFUSE to follow the Law yourself.