The photograph below, taken from The Guardian, shows a portion of the St. Petersburg crowd which remembered the ‘Immortal Regiment’; those soldiers who died whilst fighting the Nazi invasion of the then Soviet Russia in WW2. Those placards do not exaggerate, if anything they tend to simplify the facts that Russian soldiers died in their thousands, and their tens of thousands, as the Nazi divisions methodically made war upon an Army whose officer corps had been savagely mutilated by Stalin’s purges, the fruit of a paranoia which nearly sank Soviet Russia. Yes, they recovered, and yes, they returned to wreak vengeance upon the invader, but there is no denying the multitude of Russian soldiers who died during the deadly advance of the Nazis during the ‘Great Patriotic War’.

It is a pity that there is no photograph of the massed crowds viewing a memorial to the estimated nine-odd million Russians who died in Stalin’s purges, pogroms and plain genocides in the late twenties and thirties, when young Josef was just getting started.

As I wrote before, despite Ukraine, the Crimea and Georgia, we should have been in Red Square. After all, we had been there before! 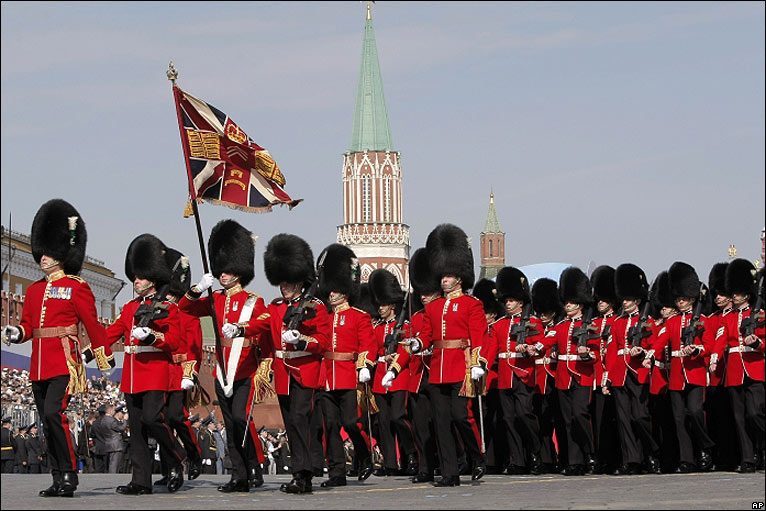 But there again, it was, after all, in another far away country!