I see the trial of this pair of slippery criminals has closed, as the judge gives them bail while ‘reports’ are compiled. 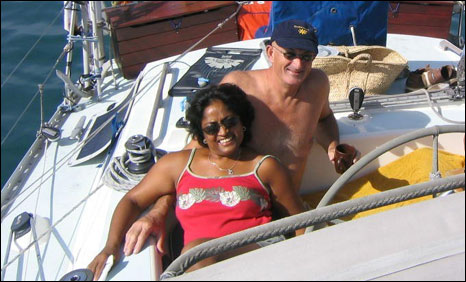 Shashi Bacheta, 52, had claimed she was so ill she had trouble getting out of bed, but investigators said she would go scuba diving. At various times between October 2002 and January 2008 she also claimed housing benefit, council tax relief, income support and disability living allowances.

The thing which puzzles me is that these payments were made over a six-year period. Why weren’t there any checks made on either of this unlovely pair of bottom-feeders. Will there now be an investigation into how they managed to get all this money without any enquiries being made at all?  Doubt it!