THE GROWTH OF LONDONISTAN

THE CHANGING FACE OF LONDON…

THE GUNS OF BRIXTON…. 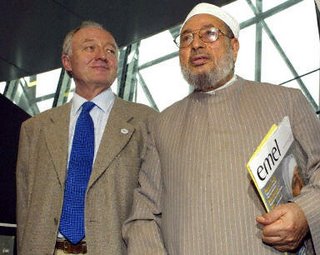 I note that Ken Livingstone – the repugnant pro-Jihad Mayor of London has been winning the backing of "prominent Muslim organisations and individuals" – or so the Guardian would have us believe, for the forthcoming Mayoral election.

Phil Taylor has a most insightful post here on the precise nature of the wackos and extremists that are backing Red Ken fascinating to see the links with the Muslim Brotherhood and Mosques harboring extremist literature.

Ken Livingstone’s presence as Mayor is a blight on London. I really DO hope that the conservative opponent – Boris Johnson – does beat him. Boris may act the fool but Ken is something much more deadly, corrosive, degenerate.

Hat-tip to Ross at Unenlightened Commentary!